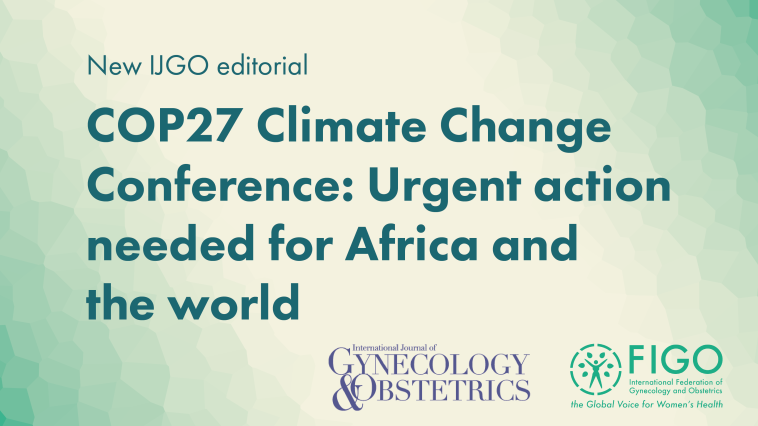 With COP27 being held in Egypt in November 2022, health journal editors from around the world are calling for urgent action to ensure that this will be the COP that finally delivers climate justice for African nations and other vulnerable countries. The editorial underlines the need for wealthy nations to step up support for Africa and vulnerable countries in addressing past, present and future impacts of climate change.

A moral issue: Africa is disproportionately affected by the climate crisis

Africa has suffered disproportionately from the impacts of the climate crisis, in spite of having done little to cause the climate emergency. The climate crisis has had an impact on the environmental and social determinants of health across Africa, leading to devastating health effects.

This should be of concern to all nations for moral reasons, as it is highly unjust that the most impacted nations have contributed the least to global cumulative emissions, which are driving the climate crisis and its increasingly severe effects.

Nations must come together to fight this global emergency

In addition, the editorial points out that it is not just for moral reasons that all nations should be concerned for Africa. The acute and chronic impacts of the climate crisis create problems like poverty, infectious disease, forced migration, and conflict, which spread through globalised systems. These knock-on impacts affect all nations.

The climate crisis is a product of global inaction and comes at great cost, not only to disproportionately-impacted African countries, but to the whole world. Africa is united with other frontline regions in urging wealthy nations to finally step up, if for no other reason than that the crises in Africa will sooner rather than later spread and engulf all corners of the globe, by which time it may be too late to respond effectively. If, so far, they have failed to be persuaded by moral arguments, then hopefully their self-interest will now prevail.