FIGO shouts 'No' To Violence Against Women 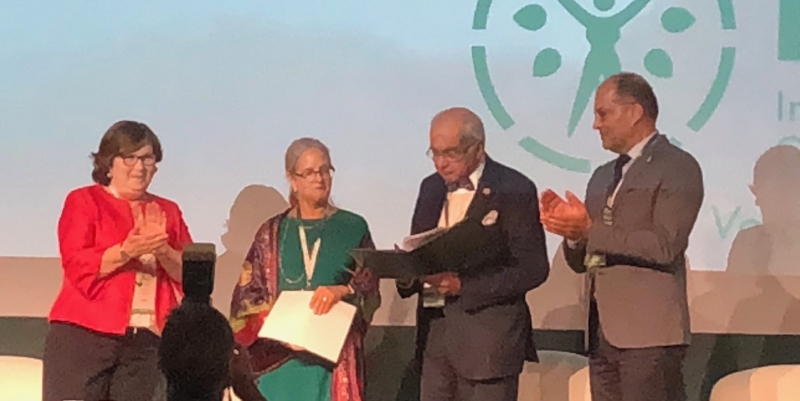 Crisis can exacerbate this violence or bring new forms of violence due to the presence of armed actors, displacement, broken social and protective networks and lack of services. While data on the prevalence of such violence in humanitarian contexts is limited, research suggests that approximately one in five refugee or displaced women in complex humanitarian settings have experienced sexual violence. A 2017 study from South Sudan, found that up to 65% of women report having experienced intimate partner and sexual violence, a rate double the global average.

This violence has many short- and long-term health impacts including unwanted pregnancy, injury, sexually transmitted infections and HIV, chronic pelvic pain, gynecologic problems and fistula, among others. WHO estimated that women who have been physically or sexually abused by a partner are 16% more likely to have a low-birth-weight baby. They are more than twice as likely to have an abortion, almost twice as likely to experience depression, and, 1.5 times more likely to acquire an STI, and in some regions, HIV, as compared to women who have not experienced partner violence.

Health services are critical for supporting survivors to heal, recover and thrive. If accessed in time, health services can prevent unwanted pregnancies and the transmission of HIV, STIs, following rape. Unfortunately, these services are often not available and survivors lack access to basic, lifesaving care.

We the participants of the XXII FIGO World Congress of Obstetrics and Gynecology held in Rio De Janeiro between 14th and 19th October 2018 are:

​We further recommend that obstetricians and gynecologists: