Being an inspiring woman in health

Science and gender equality are both vital for the achievement of the internationally agreed development goals, including the 2030 Agenda for Sustainable Development. Yet women and girls in many countries continue to be excluded from participating fully in science. 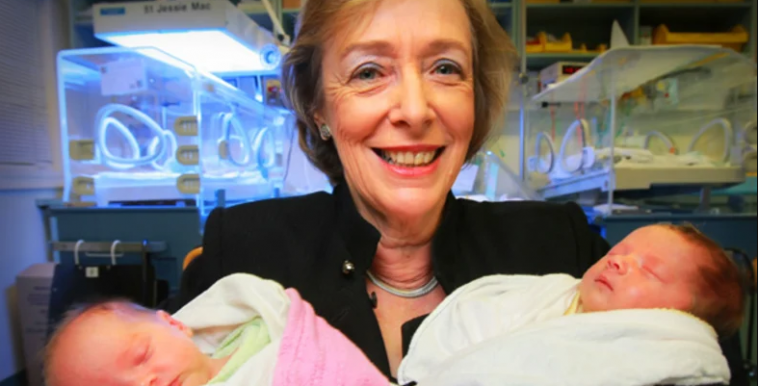 This month, FIGO has spoken with Assoc. Professor Christine Tippett AM, elected to the position of FIGO's Honorary Treasurer by our 132 member societies during the General Assembly in Rio de Janeiro, October 2018.

Here, Christine shares the challenges she has faced as an inspiring woman in health and leadership throughout her successful career.

One has no say as to when, where and to whom one is born. I recognise that many women around the world have to fight for an education and often face entrenched discrimination in their societies.

I had the good fortune to be born in Australia at a time when attitudes to the education of women, and to women’s role in society, were gradually changing.

Of equal importance, my mother could be described as an early feminist. In 1936 she participated in the International Federation of University Women (IFUW) - now known as Graduate Women International, which included in its objectives the ‘advancement of careers for women in universities’, so it is not surprising that my parents supported my decision to study medicine.

As a woman studying medicine and forging a career in Australia, there have been challenges with which I have had to contend because of my gender, but when I consider the challenges many other women face, mine would be considered minor setbacks.

What has been your greatest frustration, in terms of gender equality and science, throughout your career?

I was educated at an all-girls school in rural Victoria, Australia. Unfortunately, my school did not teach chemistry or physics, classes that I instead attended at the local all-boys school. I clearly remember resenting that my male peers had a great deal more freedom than I, especially on a number of occasions when I was told that medicine was not a career for women, while my male counterparts were being congratulated for choosing medicine.

We now talk about unconscious bias and there is no doubt that was a significant factor. There was a tendency to automatically appoint my male colleagues to roles. As my career progressed, there were situations when I became very aware that if I wanted to be involved in various activities, or committees, I would need to make it known I was interested.

Have you faced any challenges to participating and succeeding as an OBGYN and leader in women’s health?

After completing my medical degree, and two years of hospital work, I took time off to have children. Once I commenced my specialist training I found people who were openly hostile to having a woman with three children appointed to a training position. This was challenging, but there were also colleagues who were most supportive both during and after I completed my training.

Shortly after, I become involved with activities of the Royal Australian and New Zealand College of Obstetricians and Gynaecologists (RANZCOG), becoming the first woman to be President in 2007.

One of the biggest challenges was undoubtedly the lack of women in leadership roles and on the different boards and committees of which I was a member. Too easily women’s views can be overlooked when they are a solo voice. The increased number of women now in leadership roles is exciting and I am optimistic that this will continue.

What has been your greatest joy as a women in science throughout your career?

I consider myself most fortunate to have had a wonderful and rewarding career as a clinician who has also had the opportunity to be involved in supporting and promoting women’s health. One of the greatest joys has been caring for women with serious medical conditions, who having benefited from the extraordinary advances in medicine have been able to have successful pregnancies.

What advice would you give to a young woman considering entering into the healthcare profession?

One can combine work and family. Most importantly, health care is a career which contributes to the health and wellbeing of many individuals and communities.

There is no doubt that having a successful and meaningful career in medicine requires a great deal of time and energy. It does require extraordinary commitment, but it is also extraordinarily rewarding and I consider myself most fortunate to have had the support and opportunity to follow my dream as a child to be a doctor.

The election of Assoc. Prof. Christine Tippett, alongside Dr Jeanne Conroy as President Elect and Prof Lesley Regan as Honorary Secretary during last years General Assembly at FIGO World Congress, means that for the first time there is more than one woman as elected officers of FIGO, refecting the greater role that many women now have in many areas of professional and business life.