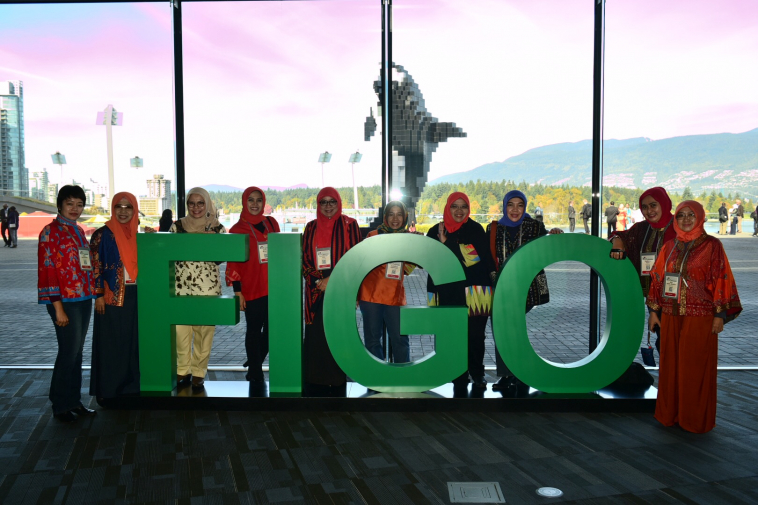 “Gender equality will never prevail as long as we have cases of avoidable maternal deaths, fistulae following childbirth and the practice of female genital mutilation, all of which have been on the FIGO radar for decades."

“Obstetric fistula is a tragedy no woman should be asked to endure, yet more than three million women worldwide, mostly young, and in low-resource countries, do so. Leaking urine, and in severe cases feces, means women are often left to live alone, abandoned by their husbands, with their own families not wanting them in the home.”

Obstetric fistula - a hole between the vagina and rectum or bladder that is caused by prolonged obstructed labor - most commonly occurs among women who live in low-resource countries, who give birth without any access to medical help.

The condition results, in nearly all cases, in the death of the baby and leaves the woman suffering from a range of health problems which include chronic incontinence. Traumatic fistula can be caused as a result of sexual violence.

It often has severe psychosocial and socioeconomic consequences that are brought on by social segregation, which in many cases results in loss of livelihood, isolation and feelings of shame and despair.

“Women globally will benefit from FIGO’s gender equality initiatives, but there is still much to be done. Our major hope is that victims of gender violence are helped efficiently and humanely through our work and that there is greater global awareness and donor support to intensify actions towards eradicating these problems.”

About The International Federation of Gynecology and Obstetrics (FIGO)

The International Federation of Gynecology and Obstetrics (FIGO) is a non-profit organization that brings together obstetrical and gynecological associations from 125 countries/territories worldwide. It is dedicated to the improvement of women’s health and rights and to the reduction of disparities in healthcare available to women and newborns, as well as to advancing the science and practice of obstetrics and gynecology.

Based in London, the organization hosts a triennial World Congress that draws more than 7,000 women’s health scientists, clinicians, and other allied health professionals to present the latest science and best clinical practice in obstetrics and gynecology.

Expansion of Fistula treatment and prevention

It is estimated that 80 million couples in the world lack the opportunity to have children, mostly due to a dearth of knowledge and suitable services. Many do not even consider this state of affairs to be a health issue, and couples may suffer enormous social and psychological consequences as a result of this.

The FIGO Committee for Reproductive Medicine, chaired by Dr David Adamson, has created the ‘FIGO Fertility Tool Box ™’, a groundbreaking information tool for healthcare providers, to help them provide clear and sensitive guidance to their patients.

The papers produced by this Committee - chaired by Dr Bernard Dickens - have been successful in helping to influence court decisions, and in supporting advocacy work in stopping or reducing harmful practices, as well as persuading governments to consider FIGO’s views.

Committee for Women’s Sexual and Reproductive Rights Chaired by Professor Lesley Regan, this Committee has produced a curriculum for clinicians to provide care to women based on human rights aspects: right for life, health, privacy, confidentiality, information, dignity of care, and right to choose the care and to have a chaperone at examination etc.

Workshops on a rights-based approach to women’s healthcare have been recently undertaken at the Asian and Oceanic Congress of Obstetrics and Gynaecology (AOCOG, Bangkok) and at the Royal College of Obstetricians and Gynecologists (RCOG, London) - it was often the case that violation of women’s rights to health only became clearly apparent when participants reviewed the cases in detail.

Fistula is a sad consequence of women being denied rights to receive essential obstetric care. The FIGO Committee for Fistula, chaired by Lord Naren Patel, spearheads the FIGO Fistula Initiative: building the capacities of fistula surgeons in accredited training centres, using the FIGO Global Competency-Based Fistula Surgery Training Manual. This will help dedicated physicians to acquire the knowledge, skills and professionalism needed to prevent obstetric fistula, and provide high quality surgical, medical and psychosocial care to women who have incurred fistula, whether during childbirth or because of inflicted trauma.

Many women suffer from pelvic floor dysfunction in the form of utero-vaginal prolapse and urinary incontinence. Non-uniformity of approach to treat these cases is well recognised. This Working Group, chaired by Professor Oscar Contreras Ortiz, has been leading four sub groups to define the problems and to find appropriate solutions.

Working Group on Gender Based Violence

FIGO is in the process of establishing a working group on Gender Based Violence, with representation to include WHO, UNAIDS (the Joint United Nations Programme on HIV/AIDS) and Women and Health Alliance International (WAHA), chaired by Dr. Diana Galimberti. This group will work in conjunction with other FIGO Committees to see how best to synergize this activity.

Committee for Capacity Building in Education and Training

FIGO’s educational activities are effectively coordinated by the Committee for Capacity Building in Education and Training, chaired by Professor Luis Cabero-Roura. Educational sessions have been held in conjunction with national and regional meetings, and at the time of Executive Board meetings. In addition to theoretical lectures, ‘hands-on’ workshops have also been held on open and endoscopic surgery.