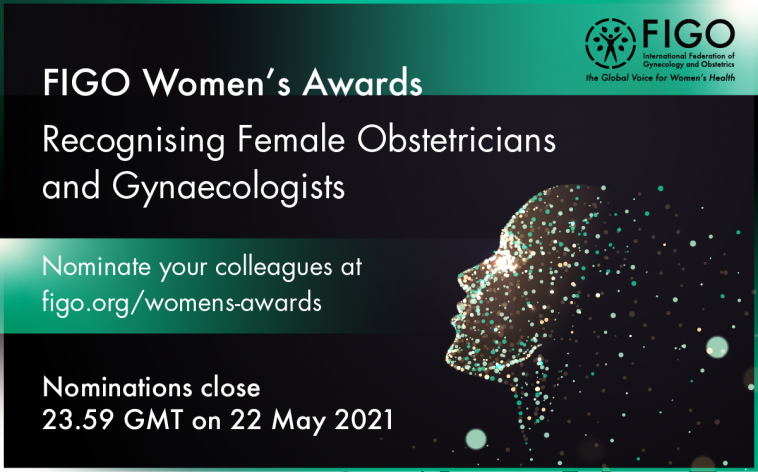 The FIGO Awards in Recognition of Female Obstetricians/Gynaecologists were first presented at the 1997 FIGO World Congress of Gynecology & Obstetrics. They have honoured some of the amazing work of the members of our Member Societies, who throughout their careers have advanced the health of women and girls around the world.

We are proud to announce that FIGO Trustees will present a new series of awards to continue these honours at this year’s FIGO General Assembly, which will take place during the XXIII FIGO World Congress in October 2021. The FIGO Women’s Awards: Recognising Female Obstetricians and Gynaecologists will be awarded to women who have made a special contribution nationally or internationally to promote the development of science and scientific research in the fields of gynaecology and obstetrics.

We invite nominations from all Member Societies – in particular those in low- and middle-income countries – and nominations have opened today. To nominate a colleague, please visit www.figo.org/womens-awards to complete the online nomination form.

Please note that all nominations must be made through, and with the support of, a FIGO Member Society, and that only one candidate may be nominated by each society. As in previous years, past recipients of the FIGO Awards are not eligible for nomination. FIGO is unable to offer any financial support for award winners to attend the World Congress or award presentation ceremony.

Should your society wish to make a nomination, please ensure that the completed form is submitted no later than 23.59 GMT on 22 May 2021.