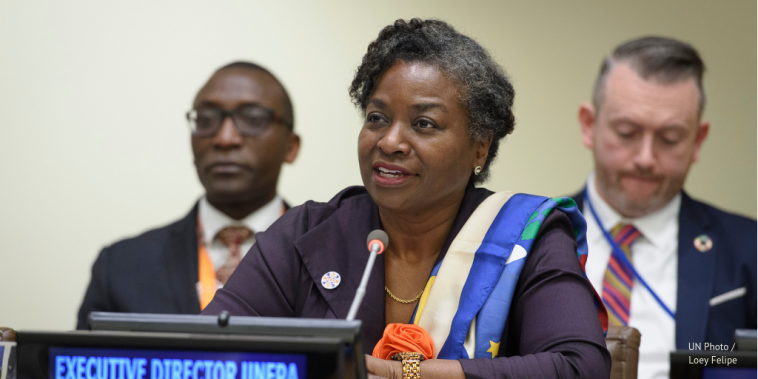 Twenty-five years ago, the Programme of Action of the International Conference on Population and Development (ICPD) arrived and changed the global approach to our sustainable future.

Instead of a focus on reaching population targets, the Programme of Action affirmed that investment in peoples’ individual rights, choices and well-being should come first.

For the FIGO community, already committed to delivering the highest level of care for every woman, wherever she lives, ICPD was profound: it called for women’s reproductive health and rights to take centre stage in national and global development efforts.

Last week, at the 52nd session of the United Nations Commission on Population and Development (UNCPD), ministers and representatives of governments unanimously adopted a political declaration reaffirming support for the Programme of Action.

Progress made towards the goals

Two reports released at the meeting by the UN Secretary-General and Economic and Social Council (ECOSOC) review latest trends in global population growth, including family planning and reproductive health.

They show what lifesaving results have been accomplished to date – and where have not gone far enough in terms of:

Since 1990, we have seen a 45 percent decline in preventable maternal death, a lower unmet need for family planning, and growing recognition that sexual reproductive health and rights must be a fundamental component of Universal Health Coverage.

A 25 percent increase in global contraceptive prevalence since 1994, and a 16 percent decline in unintended pregnancies between 1994 and 2014 are reason for celebration.

However, new metrics on women’s right to decision-making (indicator 5.6.1 of the Sustainable Development Goals (SDGS)) suggest that, among 47 countries reporting, only 53 percent of married women are empowered to make decisions on reproductive health and rights.

FIGO has previously addressed the ways that poor, inconsistent data can seriously hinder progress towards better health worldwide - particularly for women and children - and disaggregated data in the reports, where available, reveals major differences between regions and countries.

For instance, the proportion of married or in-union women who have their need for family planning satisfied with modern methods increased to 77.5 percent in 2019. Women who are young, unmarried, live in rural areas or in poor households, or have low levels of education face ongoing challenges in accessing the services they need.

Expanding access to modern contraception is a priority for FIGO and our 132 member countries, but these reports highlight the extreme complexity of ensuring universal access to sexual and reproductive health services (SDG 3.7). They are frank about our failures to date, and concerning for our future, as a growing global population threatens to undermine progressive trends.

Indeed, population growth in 69 countries with ‘high priority’ needs for family planning has already resulted in a rise in the absolute number of women with unmet need, from 132 million in 1994 to 143 million in 2019.

“Every woman and girl denied the ability to choose when, and if, to have children, is denied her fundamental human right. Her education, economic opportunity, health and wellbeing is at risk as long as universal access to sexual and reproductive healthcare is an unmet aspiration. As a global community of OBGYNs, FIGO is committed to ensuring that the reproductive rights of all women are met.”

FIGO commends the discussion of a comprehensive package of quality sexual and reproductive healthcare, expanded from the initial definition within the Programme of Action, to include:

We affirm that efforts to strengthen sexual and reproductive health are fundamental to efforts that strengthen the overall health system, and welcome the declaration.