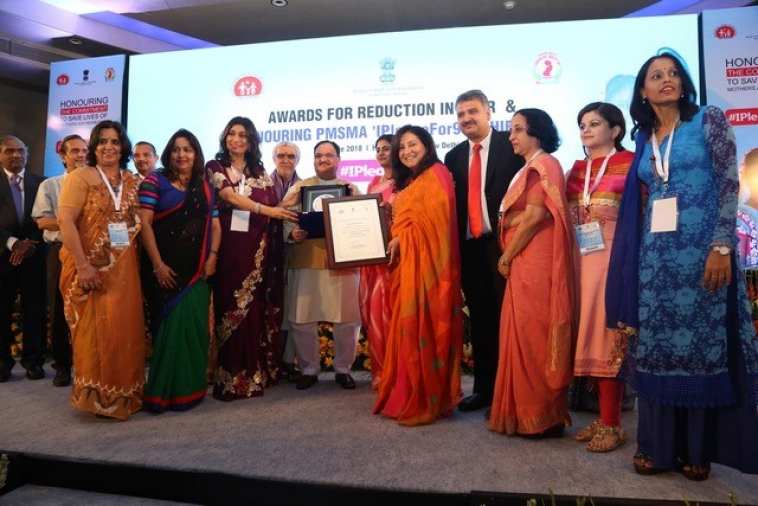 First, India has made a concerted push to increase access to quality maternal health services. Since 2005, coverage of essential maternal health services has doubled, while the proportion of institutional deliveries in public facilities has almost tripled, from 18% in 2005 to 52% in 2016 (including private facilities, institutional deliveries now stand at 79%).

Second, state-subsidized demand-side financing like the Janani Shishu Suraksha Karyakram – which allows all pregnant women delivering in public health institutions to free transport and no-expense delivery, including caesarian section – has largely closed the urban-rural divide traditionally seen in institutional births. Overall, 75% of rural births are now supervised, as compared to 89% of urban deliveries.

Third, India has put significant emphasis on mitigating the social determinants of maternal health. Women in India are more literate than ever, with 68% now able to read and write. They are also entering marriage at an older age, with just 27% now wedded before the age of 18. These factors alone have enabled Indian women to better control their reproductive lives and make decisions that reflect their own interests and wants.

Finally, the government has put in substantive efforts to facilitate positive engagement between public and private health care providers. Campaigns such as the Pradhan Mantri Surakshit Matritva Abhiyan have been introduced with great impact, allowing women access to antenatal check-ups, obstetric gynecologists and to track high-risk pregnancies – exactly what is needed to make further gains and achieve the SDG targets.

India’s achievements are already having wide-ranging human impact, and are of immense inspiration to WHO Member States, both in the Region and beyond.

As per WHO South-East Asia’s Flagship Priority of advancing maternal, newborn, child and adolescent health, the Organization will continue to provide technical and operational support as and where needed in India and across the Region to end preventable deaths due to pregnancy and childbirth and to ensure every woman has full control over her reproductive life.