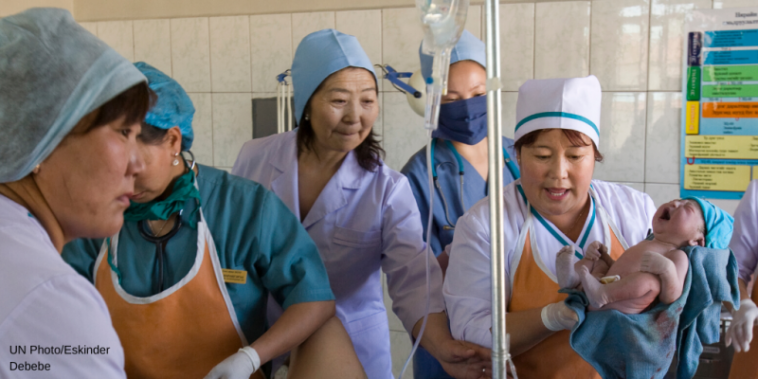 The vast majority of these newborn deaths take place in low- and lower-middle income countries. Levels of maternal deaths are nearly 50 times higher for women in sub-Saharan Africa and their babies are 10 times more likely to die in their first month of life, compared to high-income countries.

Increasing the pace of progress

The World Health Organization’s Every Newborn Action Plan has helped to drive this positive change by offering a comprehensive roadmap for improving coverage and quality of care before, during, and after birth.

Earlier this year the World Health Organization reported that globally, progress is on track to reach the SDG 3.2 neonatal mortality rate target of 12 per 1,000 births by 2030.

It is vital that we keep or increase the pace of progress. Currently 7,000 newborns die each day around the world. Reaching the SDG target would save the lives of 5 million infants between 2019 and 2030, most in Southern Asia and sub-Saharan Africa.

Newborn deaths can be prevented

Launched at the XXII FIGO World Congress in Rio de Janeiro in 2018, FIGO’s International Childbirth Initiative (ICI) Working Group has produced best practice guidance for maternal and newborn health, offering a template for the quality care which will best protect women and their babies.

Our initiative is mother, baby, and family friendly, and it’s based on a universal principle that a woman has a choice. Physicians, healthcare workers, midwives, nurses - we have to share that decision-making with women.

FIGO’s 132 National Member Societies, and the wider global women’s health community, must keep up the pressure nationally and internationally to ensure that action to protect newborn lives is prioritised and invested in.