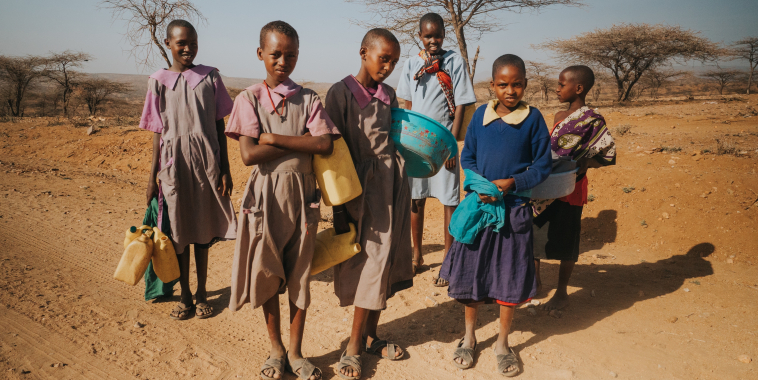 Young people often face higher barriers in accessing sexual and reproductive healthcare, including safe abortion. However, they are also a force for change, and supporting their leadership will be key to closing the gaps in realising these basic human rights.

Youth populations are often the most disadvantaged in accessing sexual and reproductive healthcare, due to factors such as a lack of knowledge, stigma and inability to get to healthcare without parent's knowledge or permission. This results in particularly high unmet needs for family planning amongst young people, for example in Sub-Saharan Africa, more than 60 percent of adolescents who wish to avoid pregnancy do not have access to modern contraception.

Being able to control fertility and make choices about when and how many children to have is fundamental to wider efforts on gender equality, health and prosperity. Women and girls who are able to complete their education are more likely to have quality economic opportunities and control over decisions that affect their lives. This has a multiplying effect - leading to their children also having better health and education outcomes, and their family and community having higher incomes. However, not having access to sexual and reproductive healthcare can have the opposite effect, resulting in unplanned and early pregnancies. New research from the Population Council and Women Deliver found that women and girls who have had a child before the age of 18 are likely to face economic disadvantages over their lifetimes.

Lack of access to family planning can also lead to higher rates of unsafe abortion. When an abortion is carried out by a qualified provider in appropriate settings, it is one of the safest medical procedures known to science. However unsafe abortion is one of the top five causes of maternal mortality worldwide, due to the complications that can arise from untrained providers and unsanitary conditions.

It has been estimated that 3.2 million unsafe abortions are carried out in developing countries each year for adolescents aged 15-19. Sub-Saharan Africa accounts for 44 per cent these, while Latin America and the Caribbean account for 23 per cent. Adolescents who have unsafe abortions are more likely than adults to experience complications which can lead to severe injury and in some cases, death. This is because they are more likely to resort to dangerous methods, to delay seeking an abortion and subsequently care if complications arise. Worldwide, young women under the age of 20 make up 70 per cent of all hospitalisations resulting from unsafe abortion complications.

Whilst young people face these disadvantages in accessing healthcare, they are also active forces in bringing about the changes needed towards realising their, and everyone's, rights. Youth advocates are increasingly influential in global health policy spaces, and to formalise this the UN last year launched Youth2030 - a strategy to work with as well as for the particular needs of young people.  At the national level, youth movements in Rwanda were influential in bringing about changes towards safe abortion in 2012, through gathering data, conducting media campaigns and playing a key role in advocacy. A partnership in West Africa has trained youth ambassadors to be effective communicators on family planning at the community level, ensuring the messages are relevant for young people's needs and perspectives.

FIGO’s Advocating for Safe Abortion Project aims to strengthening the management and organisation of ten National Member Societies, and raise their capacity to be national leaders on sexual and reproductive health and rights and safe abortion. Many of the ten National Societies involved recognise the potential of working with youth led organisations and youth activists, identifying them as key partners for change when they carried out their comprehensive needs assessments for the project. These are groups that they will seek to work with in national coalitions pushing for access to safe abortion.

Recognising both the particular disadvantages that youth populations experience in realising their rights to sexual and reproductive healthcare, and working with them as equal partners for change is key to the success of advocacy in this area.