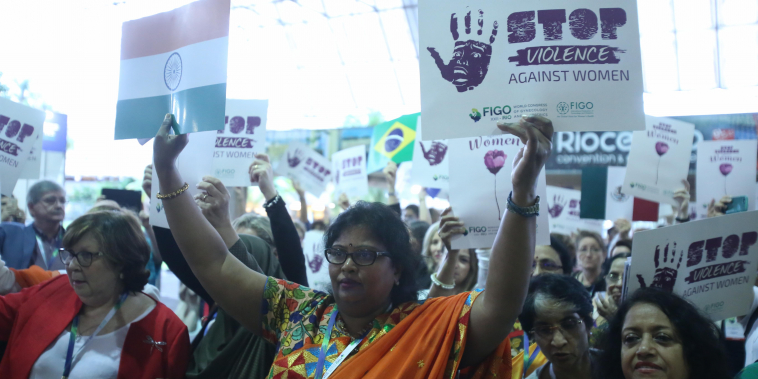 Violence against women takes many forms, and the traditional practice of Female Genital Mutilation (FGM) is one example.

Also called female circumcision, it is a harmful procedure performed on a child who cannot give her consent, and FIGO reiterates our firm stance against it.

25 years ago, during our Montreal General Assembly, we formed a Resolution on FGM. It recognised FGM as a human rights violation, and urged FIGO Member Societies to oppose any attempt to medicalise the procedure. It encouraged OBGYN professional organisations to advocate that their national governments sign up for international human rights agreements condemning the practice.

Last week, the United Nations Third Committee (Social, Humanitarian and Cultural) approved a consensus draft seeking to intensify global efforts to end FGM. Burkina Faso, which proposed the draft on behalf of the African Group, stated that the procedure, which is performed for non-medical reasons, constitutes a harmful practice.

FIGO applauds the document, which would have the UN call on Member States to implement comprehensive prevention strategies and punitive measures. It would also urge them to address the medicalisation of FGM, including by ensuring that health‑care providers are aware of its harmful effects and held accountable.

An estimated 200 million women and girls are living with FGM today, and as the representative voice of the global OBGYN community, FIGO recognises that clinical practice must also reflect their reality.

As such, we reiterate the necessity of building a strong evidence base to ensure that providers offer high quality healthcare for those who have experienced health complications following FGM, and for those who still will.

This week, a federal judge in Michigan, U.S.A., ruled to drop most of the charges against a doctor accused of FGM. He concluded that the government’s banning of practice in 1996 "overstepped its bounds," and that under criminal law, this is an issue for individual States.

Campaigners say it will affect tens of thousands of girls at risk of the abuse across the US. A study by the Centers for Disease Prevention and Control estimated that 513,000 women and girls across the US were at risk or have been subjected to FGM.

"The ‘medicalisation’ of FGM is an alarming trend being seen all over the world but it doesn’t justify this abuse of human rights of young girls and women,"

FIGO represents 132 national societies, including regions of the world where FGM remains a traditional practice. But as the global voice of women’s health, we are united: we stand firmly against the practice of FGM, in any country, by any community.