My experience with FGM

I grew up in a very remote Maasai village nestled in the slopes of Mount Kilimanjaro in Kenya. Every day, I woke up very early to get water before going to school. After school, I had to find firewood and learn to cook; during the weekend, I would look after the cattle. 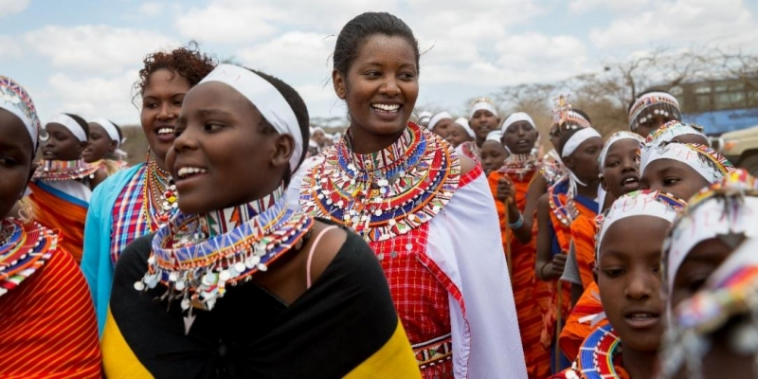 It was only six years ago when I took an airplane for the very first time. This plane flew me to Amsterdam where I was asked to share my story at TedX.: the flight was even more frightening than the TedTalk!

I’m honoured that I’ve been asked to share my experience at the FIGO World Congress in Rio de Janeiro on October 15 because FIGO truly creates a global voice for women’s health. And I, Nice Nailantei Leng’ete, am determined to give a voice to all the girls in my community and beyond.

Why is it so necessary that I speak at the FIGO World Congress?

Because a tremendous number of girls in Africa are denied the chance to reach their full potential because of a very harmful practise: FGM/C. It stands for Female Genital Mutilation, also known as Female Genital Cutting (or “the cut”). FGM/C is a gross violation of the human rights of women and girls and, in some communities where it is practised, it enforces early marriage and pregnancies.

When I was only eight, my older sister and I escaped the cut ourselves. We ran away and hid in a tree all night. We were found by our uncles and beaten. But the second time, my sister did not run away and she was subjected to FGM/C.

Needless to say I'm determined to fight until no Maasai girl has to undergo FGM/C. I find it upsetting that every year, about 3 million girls and women around the world are at risk of being subjected to FGM/C. Three million girls that could experience a life-time of health complications.

Why do all these girls get cut? There are a variety of reasons. In the Maasai community where I grew up, for instance, FGM/C is marked as an important ancient tradition, a rite of passage, from girlhood to womanhood. The ceremony takes several days and it is a marker for strength and honour. Let me stress that the ritual has beautiful aspects. Girls get dressed in their most beautiful clothes, receive blessings from their elders, and get important life lessons from their mothers.

Painful deliveries However, the ceremony also marks the time of the cutting, which is dangerous, life-threatening and extremely painful. It can cause serious medical complications, from urinary problems to severe infections and extremely painful, or obstructed deliveries. Girls can even die at the time of the cut, or later in life when they are trying to give birth. FGM/C also leads to major setbacks for girls in my community because as soon as a Maasai girl is cut, she is considered a 'woman'. Girls who have undergone FGM/C drop out of school and are forced into early marriage.

Needless to say that FGM/C is devastating for the health, rights and chances of young girls.

Harmful practices have impacted their lives, and they can never get those days back. And this needs to change.

At the FIGO World Congress I will tell you more about the alternative rituals that I and Amref Health Africa have successfully introduced with Maasai and other pastoralist (nomadic) communities in Kenya and Tanzania. Our Alternative Rites of Passage combines the important traditional aspects with sexual and reproductive health education and the promotion of girls’ education.

Over the last several years, more than 16,000 girls have participated in an Alternative Rite of Passage. Amref Health Africa’s long-term interventions aim at ensuring that girls in nine sub-Saharan African countries are protected from FGM/C and can fully exercise their sexual and reproductive health and rights by 2030. I believe that health care workers can play a vital role in both the prevention as well as the management of FGM/C and its consequences.

Today, I’m an advocate to end female genital mutilation/cutting (FGM/C), and a project officer at Amref Health Africa, the leading Africa-based health development organization, in Kenya. This April, I was named in the TIME 100 list of the most influential people in the world. In February this year, I was selected to join the Women Deliver Young Leaders program, and in 2016 I was a recipient of the Mandela Washington Fellowship for Young African Leaders. Sometimes, I can hardly believe it myself!

I hope to see you at the FIGO World Congress during my keynote speech on 15 October, or let’s meet during the panel session about ending FGM/C on 17 October 10:30 Room 202A and see how we can join forces!