The landslide victory of the Yes campaign in the May 2018 Irish referendum paves the way for an end to decades of harms caused by the abortion ban (the 8th amendment) of the Irish Constitution. 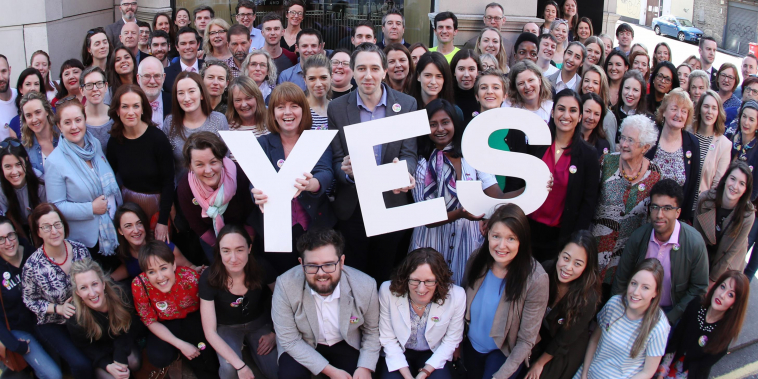 Inserted in 1983, this provision prevented legal abortion in all cases except risk to a pregnant woman’s life. It has forced thousands of women and girls to leave Ireland to access care, to undergo illegal abortions or to continue pregnancy against their will.

Now, the Irish people have voted by a majority of 66.4% that compassion and care, rather than shame and stigma, will govern women’s reproductive health and rights.

Public opinion about abortion in Ireland has long been moving in this direction. A series of high profile cases drove home to the Irish people just how cruel the 8th amendment was. Referendums in 1992 and in 2002 rejected proposals to further restrict access to abortion.

Political will for reform was slow to emerge. It took a ruling of the European Court of Human Rights in 2010 to bring abortion back into the political sphere in Ireland. The Court ruled that in failing to give effect even to the limited right to abortion when a woman's life is at risk, Ireland violated the European Convention on Human Rights. One after another, UN bodies charged with state’s compliance with international human rights law began to issue trenchant critiques of Ireland’s abortion laws.

In 2012 Indian dentist Savita Halappanavar died in an Irish hospital. Suffering a miscarriage at 17 weeks, after she had been repeatedly refused life-saving abortion care because doctors were still able to detect a fetal heartbeat. After days of unnecessary suffering, she died of septic shock. Indisputably, the 8th Amendment played a major role in her tragic, preventable death. People took to the streets in their thousands to demand change.

The government finally accepted that abortion could no longer be ignored. In late 2016 a Citizens’ Assembly—a hundred members of the public chosen to reflect Irish society and chaired by a retired judge— was convened to discuss the 8th amendment. They spent five weekends listening to medical and other expert advice and recommended reform. In the autumn, a parliamentary committee once again invited experts to give testimony, and recommended the legalization of abortion.

A radical transformation of public and political discourse was under way: for the first time, abortion was being discussed as a matter of women’s health, rather than politics. Mobilising the conscientious commitment of doctors—obstetricians and gynecologists in particular—as advocates for women’s health and rights was absolutely critical. Able to talk about pregnancy and abortion care in nuanced, informed, calm and empathetic ways, they were the trusted experts who could rise above politics.

Doctors threw themselves into the campaign—speaking in public and television debates, canvassing door-to-door, appearing in advertisements for the yes campaign. Over 1,500 doctors signed a petition calling for change.

It has taken a vast amount of work—human rights advocacy, capacity building, public seminars, media work—over many years to reach this success.

Success that should inspire others around the world: when people are informed and understand that women’s health and wellbeing health are at stake, they will support making abortion care safe, legal and accessible.