Often, male infertility is only identified after a couple's persistent, unsuccessful attempts at conception, but there are ten key factors to consider. 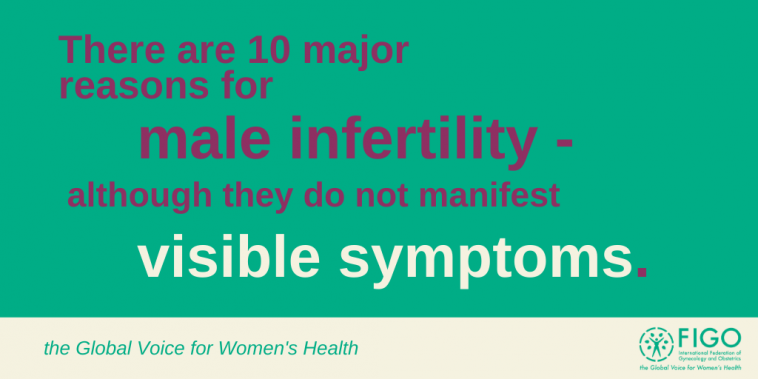 FIGO has long endorsed the right of every woman and man to establish a family, as affirmed in the United Nations Universal Declaration of Human Rights.

We also recognise that couples and individuals who desire but are unable to achieve a healthy pregnancy have needs that must be addressed: infertility and subfertility affects an estimated 48 million couples (about 15 percent) of reproductive age worldwide.

There are ten major reasons for male infertility, although they typically do not manifest visible symptoms. Often, male infertility is only identified after a couple’s persistent, unsuccessful attempts at conception.

The field of reproductive medicine and endocrinology is rapidly growing. Integrating fertility awareness, education and care into other reproductive health programmes can help transform family planning into the planning of a family, as and when individuals choose.

FIGO’s Committee recommends that every man planning conception with his partner engage with fertility planning, including a sperm analysis and culture, in order to avoid delays and frustrations in the future.