Cancer of the corpus uteri 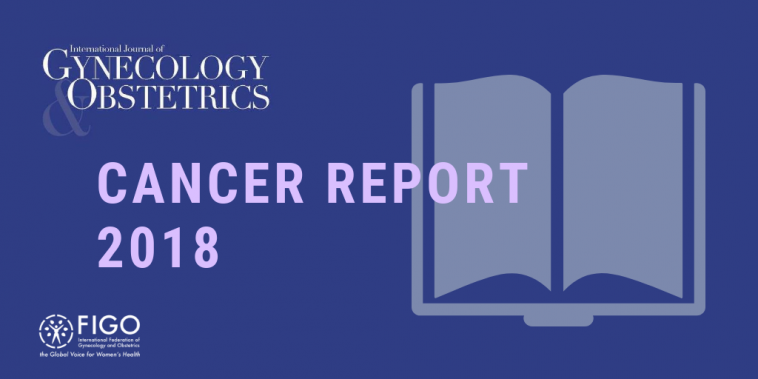 Cancer of the corpus uteri, typically referred to as endometrial cancer, arises from the epithelial lining of the uterine cavity.

Its epidemiology, clinical management and new research into future treatments is addressed in FIGO's updated Cancer Report 2018, published in the International Journal of Gynecology and Obstetrics.

This new round-up of evidence shows endometrial cancer is the sixth most common malignant disorder worldwide, with some 320,000 new cases diagnosed every year.

High-income countries have a greater incidence than low-resource settings, figures which have been attributed to greater rates of obesity and more sedentary lifestyles. In Europe in particular, corpus uteri cancer is the eighth most common cancer death in women; 23,700 people died from it in 2012 alone.

Research into endometrial cancer has been gaining ground in recent years and some of these insights are leading to better understanding of the disease and significant implications for its diagnosis, staging and management.

Endometrial cancer is traditionally classified as:

Although the prognosis for endometrial cancer is usually relatively good, high-grade cancers have a tendency to recur and symptoms may not always be forthcoming in early stages.

However, an effective and widespread method of screening has yet to be achieved - and the prognosis after the disease recurs remains poor.

Once cancer of the corpus uteri has been diagnosed, staging will take place to determine how much cancer is present and where it is located in the body. The distance from the original tumour to any other malignancies should be measured and the presence of lymphovascular space invasion (LVSI) should also be indicated.

Patients found to have LVSI-positive tumours tend to have a worse prognosis, especially if the invasion is extensive. Following the histopathologic diagnosis, factors including evidence of metastasis, the extent of the original tumour and perioperative risk need to be assessed.

Full renal and liver function tests and blood counts are routine, while chest X-rays can also be useful in detecting factors such as metastases into the lungs. All of this should be carried out by expert multidisciplinary teams.

In 1998, the staging process was changed from clinical to surgical by the FIGO Gynecologic Oncology Committee. Today, the recommended surgical procedure for high-risk tumours is an extra-fascial total hysterectomy with bilateral salpingo-oophorectomy.

Even if the fallopian tubes and ovaries appear normal, adnexal removal is recommended due to the potential for the presence of micrometastases. Recent research has shown that laparoscopic removal of the uterus and adnexae appears to be safe and is also associated with a decreased risk of adverse surgical events, shorter hospital stays and less post-operative pain.

For tumours deemed to be low-risk (i.e., well-differentiated and with less than 50 percent myometrial invasion and positive nodes in less than five percent of cases), full surgical staging is not deemed necessary and women can be operated on by a general gynaecologist.

Once surgery has been carried out, the need for adjuvant radiation therapy will be based on the presence of risk factors.

In a Danish study of women with low-risk endometrial cancer, surgery alone resulted in a 96 percent five-year survival rate, suggesting follow-up treatment will not always be necessary. Patients’ preferences can be biased towards further treatment to prevent relapse, although care must be taken to avoid overtreatment.

A recent seminal trial resulted in vaginal brachytherapy replacing EBRT as the standard adjuvant treatment for women with high-risk cancers or intermediate risk factors, demonstrating the value of ongoing research into better treatments.

Lately, a number of studies have investigated the effects of a sequential combination of chemotherapy and radiotherapy for patients with grade 3 or deep invasion endometrial cancers.

One study discovered a nine percent improvement in progression-free survival when chemotherapy was added to EBRT, as well as a trend for a seven percent improvement in five-year overall survival, which could provide a significant boost to treatment options. Three other large-scale trials are currently underway to expand on these findings.

This combined form of treatment is not recommended as a new standard for women with Stage I-II cancers, but women with more advanced forms of the disease should be counselled as to its benefits, research suggests. For high-risk patients, though, radiation and chemotherapy may be required to further treat the malignancy.

For women with Stage IV endometrial cancer, optimal management is considered to be cytoreductive surgery to boost survival outcomes, as well as neoadjuvant chemotherapy. Patients with extra-abdominal metastases are likely to be managed with systemic platinum-based chemotherapy, or hormonal therapy.

New studies with more of a focus on individual assessment of molecular features and potential targeted therapies are likely to play a key role in directing adjuvant treatment going forward.

The main goals for the follow-up of endometrial cancer patients are to provide reassurance, diagnose any recurrence at and early stage, and collect data.

The second point is particularly important, as around 75 percent of recurrences in endometrial cancer patients are symptomatic and 25 percent asymptomatic; doctors may guide patients to recognise when something requires further investigation and when it may be disregarded.

Between 65 and 85 percent of recurrences are diagnosed within three years and 40 percent are local, so follow-up should be practical and directed by symptoms and pelvic examination.

Patient counselling should also be included as part of a holistic and comprehensive care package.

Should recurrence happen, management will typically involve further surgery, radiation therapy, or a combination of both.

It is vital to keep raising awareness of the threat posed by cancer of the corpus uteri, as research has shown there is currently low public recognition of the disease, as well as an associated lack of support from grant-awarding bodies and oncology researchers.

In the UK, for example, endometrial cancer research received just 0.7 percent of the total share of available research funding in 2012, compared to a fifth for ovarian cancer.

There is also a growing need to develop more effective interventions to improve the prevention, detection and treatment of endometrial cancer. At present, much interest surrounds personalised risk prediction and a shift in paradigm from a reactive to a proactive approach: predictive, personalised, preventative and participatory medicine.

For women already diagnosed, the challenges going forward lie in developing therapies that are effective but also have minimal side-effects; they need to be toxic to the cancer without being poisonous to the woman being treated.

Further research is also needed in terms of improving the psychological wellbeing of patients post-diagnosis.

Much needs to be done to meet the challenge posed by endometrial cancer, and prevent the lives of thousands of women worldwide from being affected by this disease.