FIGO speaks to Jill Sheffield about how the 'Global Gag Law' further damages progress towards ending the unfinished business of women's health and rights. 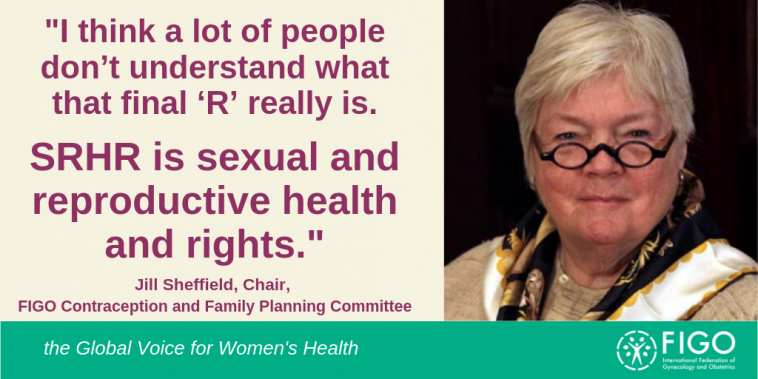 In March 2019, the U.S. government expanded its ban on foreign aid to organisations providing family planning services that include safe abortion or advocacy for abortion rights.

The Mexico City Policy, known as the ‘global gag rule,’ now cuts off an even wider circle of healthcare provision, extending to any group independently supporting organisations committed to the full spectrum of sexual and reproductive health and rights (SRHR).

FIGO recently spoke to Jill Sheffield, Chair of FIGO's Contraception and Family Planning Committee, founder of Women Deliver and a global educator and an advocate for maternal health and SRHR, about the how the Trump administration’s decision will further damage progress towards ending the ‘Unfinished Business’ of women’s health and rights.

“The global gag rule already sets us back so far. It denies people health services, services which they have a right to.

This new expansion is unacceptable, and it makes things much harder. It takes the policy into other services entirely, cutting off organisations which may at some point have referred for abortion or abortion counselling.

By cutting off funding, it cuts off the capacity of so many groups to provide really important health services – because as much as providers and advocates would like to think you can do things because you believe in them, and they’re the right thing to do, it costs. It costs, financially, to provide women’s healthcare. If your funder is cut off, there’s not much you can do.

You know, maternal mortality in the world has gone down. We brought it down 44 percent and that was concerted, collective effort, by governments, by civil society, by OBGYNs, by midwives, by nurses around the world and we really learned important lessons. But it’s started to inch back up. In the United States our maternal mortality rates are increasing, particularly with women of colour, which is mortifying.

It’s because of the global gag rule – which of course hits men as well as women, but more women than men, since the original gag rule was specifically for them. I look at these issues as a health issue and a personal issue for women and their physicians. I don’t see that our public policy makers ought to be part of that conversation.

Since the International Conference on Population and Development (ICPD) 25 years ago, we’ve taken the point of view that bodily integrity is a given. My right to protect my body is a given right.

So the global community is gearing up for the Nairobi Summit on ICPD25, and we’re going to be looking at these specific issues which are clearly unfinished, but also politically very unpopular. And one of those issues is going to be the issue of abortion and a women’s right to choose.

We are working in a much more constrained, conservative political environment everywhere, and public policy makers have been very smart in making a lot of people feel that ‘abortion’ is a taboo word. This is where it gets really dangerous: they have equated family planning and abortion. They say, when you talk about family planning, you really mean abortion. When really, if you look at the full package of sexual and reproductive health and rights, safe abortion is one component and it is logically located there.

When you agree that I have the right to control my body, and to get the services I need to keep myself healthy and well and productive, the opposition begins to think about elective abortion, but also sexual rights - and they don’t want either to be a part of the rights discussion.

I think a lot of people don’t understand what that final ‘R,’ really is. SRHR is sexual and reproductive health and rights."

FIGO believes that it is the fundamental right of a woman to make informed decisions about her health. Reproductive health should not be a political football, and our global programmes, including postpartum family planning and safe abortion, are developed in cooperation with National Member Societies. They put the specific health needs and choices of women first.

FIGO looks forward to joining the global community in Nairobi, Kenya, to accelerate the promise of ICPD. 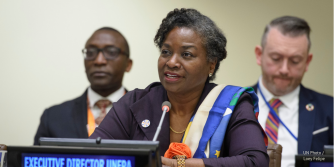 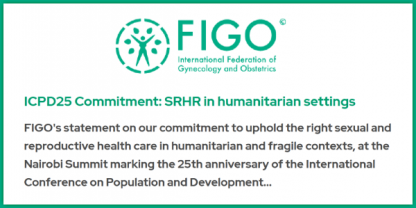