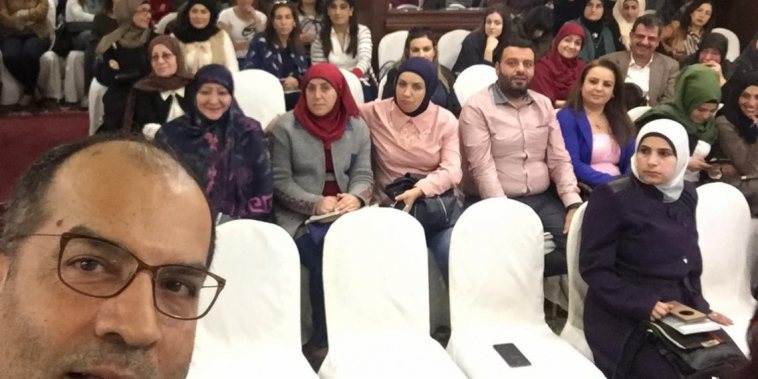 The Syrian refugee crisis is considered one of the worst problems facing the world since the WWII.

LEBANON, as a neighbour of Syria, has been in the eye of the storm that erupted in the beginning of 2011. Since then massive influx of displaced Syrians flooded Lebanon where current rough estimates indicate close to 1.5 million refugees live in Lebanon.

They are scattered over around 2,000 settlements and makeshift spaces all over the country. Estimates from UN agencies indicate that 1:4 is a Syrian refugee, the majority are women and children who are in growing need for livelihood support, health care, education, and protection.

Around my village, El Marj, meaning the meadow, refugees stay in six camps, the Baladieh camp being the largest. In addition, others stay in small rooms within local houses and apartments. Some spaces were made up by UNHCR, other spaces lacked basic livelihood items.

I run a community clinic in Bekaa region east of Lebanon within my village of 14,000 people which hosts close to 20,000 refugees. The main obsession of the women that I meet is to protect their children, as they mourn beloved children and family members that they have lost, and the lifetime of memories that they have left behind. They speak of their stay as temporary and returning to Syria is on their minds, always. There is no more sweeping gratification than being empathetic to people in need, these refugees are more than in need.

The government of Lebanon and the international and national agencies had mobilised available resources to cope with this humongous matter, notably focusing on health care across several domains:

The needs are however huge. Funds and resources promised by the international community are not really met and also are dwindling, making it difficult to provide new services and even maintain existing ones. UNFPA Lebanon is working with a Fund from the Canadian government to support contraception. Other NGOs are focusing on mental health support mainly for children and adolescents.

This crisis remains a global emergency. The grotesque status they are in is overwhelming. This is an emergency that has not only a health burden, but many other social, educational, and family short and long term consequences.

I strongly believe that being a doctor is being an agent of the poor and the needy and that’s what the philosophy of practice is all about.