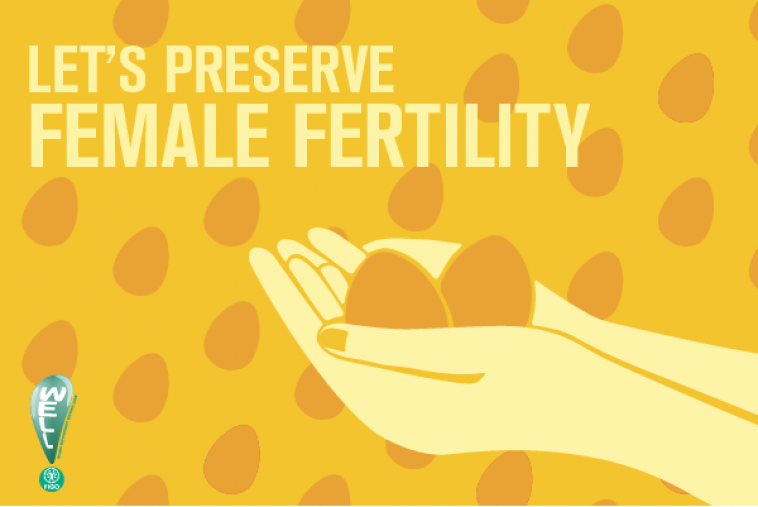 Some therapies, such as surgery, chemotherapy and radiotherapy may be detrimental to the female reproductive function or organs.

There are techniques that give a reasonable chance to protect women’s fertility:

Oocyte cryopreservation is an option open after puberty and involves the freezing of oocytes (eggs) before starting any potentially sterilising therapy. A time window is required for the hormonal stimulation of the ovaries. The follicle (housing the eggs) development is followed by repeated ultrasound examinations and blood tests. Once the follicles have matured, the oocytes are collected under conscious sedation and ultrasound guidance, and then stored in liquid nitrogen at minus 196 degrees centigrade. Once the woman has recovered from the disease and wishes to become a mother, her own eggs are thawed and in vitro fertilized with her partner’s sperm. If this procedure is successful, then the embryo can be transferred into the patient’s uterus.

Embryo cryopreservation involves the removal of eggs, after ovarian stimulation and the collection of the partner’s or donor’s sperm, followed by in vitro fertilisation and freezing of the resulting embryos. If the woman would like to have a baby once she has recovered, the embryos can be thawed and transferred into her uterus one at a time.

Ovarian tissue cryopreservation is the only option open to prepubertal girls or women who have been advised not to wait for ovarian stimulation before starting therapy. This technique involves the surgical retrieval of the whole ovary or some of its fragments under general anaesthesia. The ovarian tissue that has been removed is then transported to the laboratory, where the samples are prepared, frozen and stored in liquid nitrogen.

If the woman would like to have a baby once she has recovered, the ovarian tissue can be thawed, followed by surgical ovarian transplant. After transplantation the ovary usually recovers its normal endocrine function, which often allows for a spontaneous pregnancy. Should natural conception prove to be a problem, then in vitro fertilisation can be offered.

Temporary ovarian suppression involves hormonal treatment that temporarily puts the ovary on stand-by before and during chemotherapy, blocking the hormones that stimulate ovulation, protecting the eggs. This treatment induces a hormonal condition similar to that of menopause, which is reversible once the treatment is stopped.

The choice of the most appropriate fertility preservation technique to be adopted for each patient depends on various factors. These include the age of the patient,  the number of follicles within her ovary, the type of disease and the type of treatment foreseen, as well as the time window before treatment must be started.

In some cases fertility preservation procedures can be combined to maximise the possibility of success.