FIGO's Updated Cancer Report 2018 discusses the scientific evidence of outcomes for women who develop cancer during pregnancy, including the effects of various types of treatment. 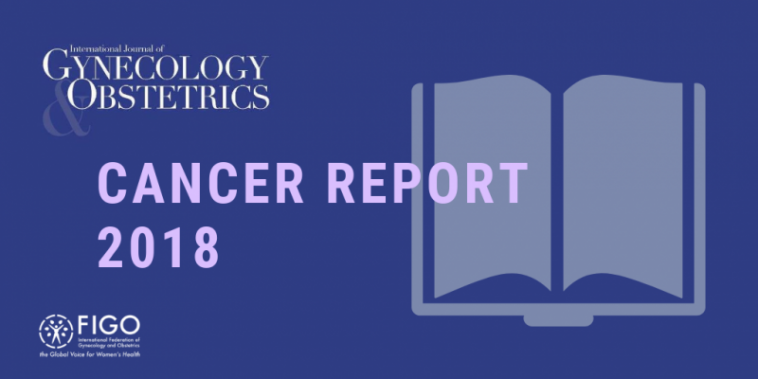 Treatment options for cancer can be complex enough, but any diagnosis is likely to be further complicated where the patient is pregnant.

Oncologists and patients alike will want to create treatment plans that are optimal for curing the cancer yet also protecting the life of the mother and the foetus, meaning a route forward will need to be planned and coordinated carefully.

A new study conducted as part of FIGO's updated Cancer Report 2018 details that while diagnosis and treatment of cancer during pregnancy are challenging, the condition can be successfully managed throughout gestation without causing harm to the unborn baby, thereby presenting better potential outcomes for the mother.

Recent research into oncology suggests cancer rates during pregnancy are unfortunately increasing. A Danish study found rates had risen from 5.4 per cent to 8.3 per cent in the 30 years prior to 2006, while separate research in Australia showed a crude incidence of 137.3 cases per 100,000 pregnancies.

Age of the mothers could only explain a 14 percent increase in incidence, so it is not yet fully understood why this is occurring.

According to an international cohort of 1,170 women diagnosed with cancer during pregnancy published in the Lancet Oncology (2018, 19: 337-346), the most common types were breast cancer, cervical cancer, lymphoma, ovarian cancer and leukaemia.

However, this cohort also reflected the changing treatment options and outcomes for pregnant women with cancer. For every five years between 1996 and 2016, treatment increased by ten per cent.

This new report, led by a team at Stellenbosch University in South Africa, therefore stressed that oncologic treatment is possible during pregnancy without endangering maternal or foetal safety.

That is not to say that cancer during pregnancy does not present challenging conditions for oncologists. The study went on to discuss a number of areas that must be given careful consideration, which we will look at below.

The report noted that cancer diagnoses during pregnancy can often be delayed due to symptoms of malignancy being confused with symptoms of pregnancy. This can lead to treatment options becoming more complex and prognosis worsening.

Furthermore, tumour markers typically used for diagnosis may be lower during pregnancy or less sensitive. Cancer specialists must therefore negotiate these difficulties in order to begin treatment as quickly as possible for the patient.

The research noted that X-rays, magnetic resonance imaging and ultrasound all continue to be excellent tools for staging and diagnosis, as long as the proper safety measures are employed.

On the contrary, computed tomography is best avoided because it would push radiation exposure to the foetus above the safe level and could cause malformation and childhood cancer.

Nonetheless, there are still many methods that can be employed to quickly examine potential cancers and devise treatment plans before they spread to dangerous stages.

This new research examined a number of different types of maternal cancer and found that they all have discrete requirements in terms of treatment. For instance, immediate definitive treatment is generally recommended for invasive cervical cancer when it has progressed during the pregnancy, regardless of gestational age.

In the case of breast cancer, radical mastectomy is usually recommended in the first trimester, followed by adjuvant chemotherapy in the second, while ovarian cancer typically calls for surgery once the first trimester has passed.

The report detailed how important it is to take into account types of cancer and their aggression when discussing cancer treatment during pregnancy.

As already mentioned above, the research documented how cancer treatment will differ depending on where the tumour is and how aggressive it is. In pregnant women, traditional types of treatment need to be carefully reviewed and gauged with regard to their safety for mother and baby.

In radiotherapy, the oncologist must minimise radiation to the foetus (below 50 to 11 mGy), while the timing of delivery for chemotherapy should be carefully planned for after complete organogenesis, yet prior to three weeks before the birth.

Contrary to popular belief, the study pointed out that long-term follow-up of children whose mothers received chemotherapy during pregnancy show no sign of increased risk of congenital abnormalities or mental delay.

Surgery is best planned for the second trimester and the surgeon must take special care to reduce handling of the uterus and opt for regional anesthesia over general where possible.

Finally, the new report recommended that psychological management of cancer during pregnancy is arguably as important as traditional treatment, which means employing counselling as part of a comprehensive and holistic approach should be seen as essential.

Involving the oncologist, obstetrician and psychotherapist at the same time as giving the patient and her family a role in decision-making could significantly reduce patient distress, it pointed out.

A cancer diagnosis during pregnancy can be devastating for patients and their loved ones. However, as the FIGO Cancer Report concludes, the disease can often be successfully managed thanks to huge advancements in treatment options and better, non-invasive diagnostic techniques.

While definitely challenging, cancer treatment during pregnancy should not be seen as impossible compared to the treatment of non-pregnant women.