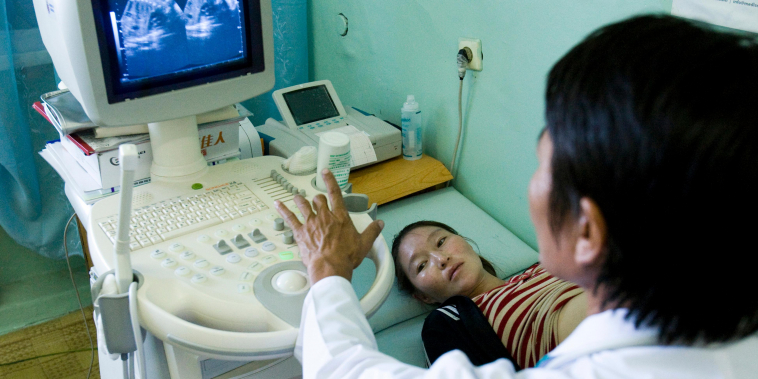 Health begins in the womb, which means that integrating maternal and child health could transform our chances of averting the pandemic of Non-Communicable Diseases (NCDs).

Despite ongoing advocacy from FIGO and partners, the international community has so far failed to recognise this sufficiently, and kicking the punishing cycle of mother-to-child transmission another generation down the road is incubating a global crisis on the same scale as climate change.

Professor Mark Hanson, lead author of a recent Comment published in The Lancet on the intergenerational burden of NCDs, explains why.

What are the consequences of failing to integrate pregnancy into the NCD agenda?

It’s an absolute human disaster, at least as big a crisis as global warming - for health, productivity, human happiness - you name it - they are all so closely linked.

Short-term consequences of maternal health can impact pregnancy outcome: for instance gestational diabetes, which can have dire consequences for the woman and her child. FIGO recently launched a Global Declaration on Hyperglycemia and Pregnancy, highlighting the need for every women to have a simple test for this to avert her  risk of developing Type 2 diabetes later, as well as the potential for obstructed labour, newborn death.

This is the story across the whole range of NCDs, whether cardiovascular disease, chronic obstructive lung disease, asthma, some mental health issues – they all have risks that start in pregnancy, or before, so there is a wide spectrum of health issues stemming from preventable or manageable causes.

Why is mother-to-child transmission not a priority for NCD prevention?

Calling these conditions ‘non-communicable’ somehow dismisses the urgent need to address them. The truth is, these diseases do have a communicable component, so they’re no different from HIV or hepatitis B.

We have the evidence that the preconception, pregnancy and early childhood periods matter, but haven’t communicated the long-term cost implications of not acting early. We haven’t engaged the general public, in particular young people - the parents of tomorrow - as to why being healthy before they conceive a baby is so important.

There’s another component of course, which is that women and children are so often at the bottom of the pile in terms of gender rights, human rights, and health equity. We only have to look at the refugee crisis right now, in which so many women and children suffer. We have undervalued this aspect of human life forever, and it’s high time to redress the balance.

Health and lifestyle have a complex range of determinants. How can we promote intergenerational health on a global scale?

There’s a social justice element, which takes us back to the historically neglected importance of women and young people. As they take more control over their destiny, it will increasingly be linked to health and the health of their children. In even the most disadvantaged areas, people want a better life for their kids. We can talk about this ‘gift of health’ – simple things that can be done to make the lives of future children so much better.

Mother-to-child transmission of NCDs also feeds into some powerful opportunities for policy-making, because it counters the current over-emphasis on genetic inheritance as the key to many common diseases. We are brought up to believe ‘Oh, it’s just bad genes,’ with nothing we can do to change them. That’s not true. There are many lifestyle and environmental factors which affect the way genes work, and it is a dereliction of political, clinical and social responsibility not to provide support for young parents to have healthier lives to address them.

What is the role of clinicians, and representative organisations like FIGO?

Every obstetrician / gynaecologist should see their role as a guardian of the future, and should help every woman and her partner to have the healthiest pregnancy outcome. This is not just about delivering a healthy baby, it’s about the health of that person for the rest of life.

There are simple, preventive measures that we can now begin to see providing both short- and longer-term benefit to prospective parents – advice about lifestyle, physical activity, nutrition, as well as simple tests such as blood glucose measurement  that are relatively cheap. I really think FIGO can play an important role here, because so much happens before pregnancy.

The combination of pediatricians, midwives, community health workers as well as obstetricians and gynaecologists working together and talking more about this agenda could be very powerful: the public still trusts clinicians; governments listen to them; and they can broker better relationships with industry in some areas.

How do NCDs fit into the landscape of UHC?

When you think of UHC as leaving nobody behind, it’s critical to make NCD prevention absolutely central to that strategy.

The latest data is that more than 70% of deaths globally every year are due to NCDs, and sadly, 80% of these occur in LMICs. These aren’t diseases of affluence.

We know that NCDs are conditions that we can prevent, but we’re still not acting on this information. We know there will be a positive pay-off, literally within a 1000 days, of a woman and her partner embarking on pregnancy in a healthier state.