In addition to his Presidency of FIGO, Professor Fathalla is a renowned doctor and professor of obstetrics/gynaecology. He also works as a manager, adviser and advocate on family planning, reproductive health and safe motherhood for many organisations including FIGO itself.

He is the author of more than one hundred and fifty scientific publications. Professor Fathalla has been an international campaigner for Safe Motherhood and a founder of the Safer Motherhood Initiative. His scientific interests include women's health, safe motherhood, reproductive health, ethics and human rights, contraceptive research and development and ovarian tumours.

FIGO at 65: Fighting for women's health and rights 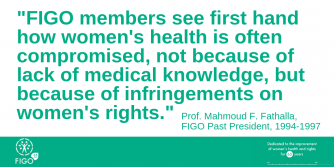 Milestones in the movement for safe motherhood 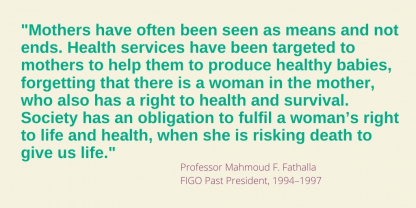 Towards a woman-friendly healthcare system 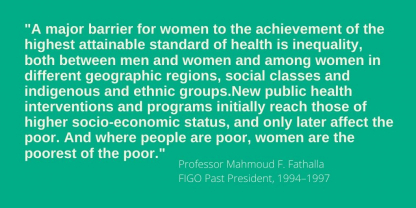 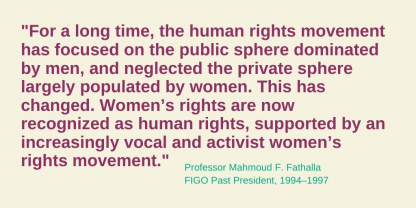 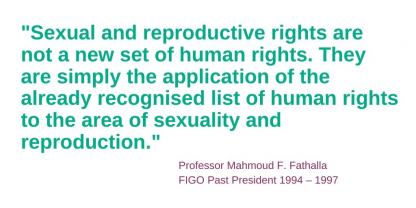 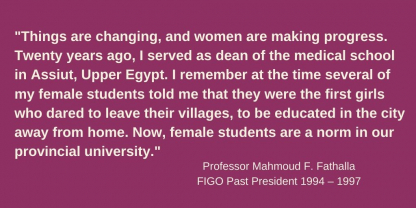 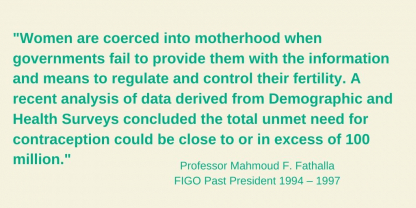 Give women control of their fertility 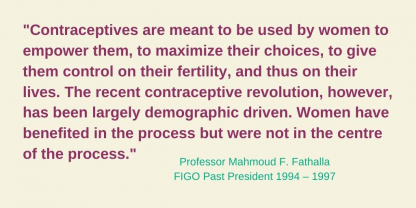